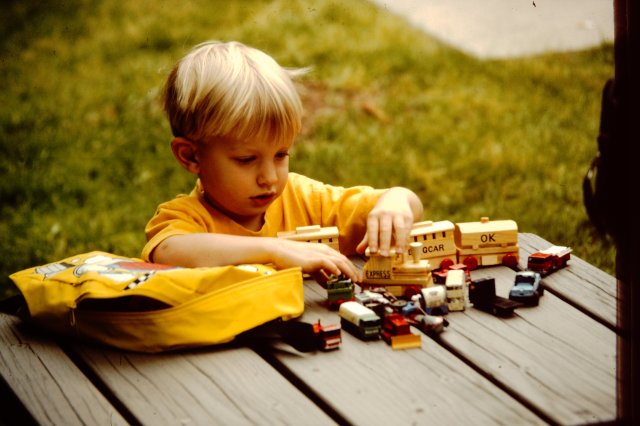 Does God take risks? Does God make decisions that look risky to us? Those are really two different questions, only one of which we can probably answer.

This is actually a very large debate among Christians. The debate is called Open Theism. http://en.wikipedia.org/wiki/Open_theism. Is the future open or is the future closed? Can we know? What does the Bible say about it?

Risk is the perceptual relationship between a chosen course of action and desired outcome.

Our lives are full of risks, large and small. You may buy a used car hoping to save some money. How long will it last compared to a new car with a warranty? When you start a relationship you enter into risk. Will this other person bless me or hurt me?

These are in fact old questions. Do the omnis eliminate human freedom? How could they not? Does God in his omniscience and omnipotence reserve space outside those powers for human freedom? What does the Bible have to say about it?

The Omnis and Greek Philosophy

Many Christians have noted that these categories are really categories more of Greek philosophy than of Hebrew thinking. They are abstract concepts that sometimes raise as many problems as they solve. There are the famous village atheist questions. “Can an all powerful God create a boulder larger enough that he can’t lift it?” Philosophers and Christian apologists usually limit the omnis to what isn’t self-referentially inconsistent. It isn’t possible for God to both exist and not exist, etc.

Historically it was important for early Christian apologists to wrestle with Greek philosophy as Christianity grew in the Roman Empire. Christianity grew out of Hebrew culture but quickly made the leap to Greek culture.

One of the most unique and powerful abilities that Christianity has demonstrated throughout its history has been how translatable it has proven amidst the cultural diversity of history and the world. With each jump and transition, however, the body of Christian theology picks up elements of its new cultural host that then can become potential problems for a different cultural community. This keeps theologians and missionaries in business. 🙂

Is the God of the Bible compatible with the Omnis?

This is not an easy question either. The Bible is not a text of systematic theology and although I along with many Christians believe in the unity of the Bible I also recognize its diversity. God addresses many different cultures and contexts even within this one large library of books we call the Bible. Christians have sometimes downplayed this diversity but I think if we are going to be honest about the text we should recognize that God reveals himself in different ways at different times to different people according to his mission and according to the people’s needs.

There are lots of passages in the Old Testament and New when God both asserts about himself, and it is asserted about him that he can do anything and he knows everything. This is of course something that is deeply important for us in terms of the kind of God we need. Also, the more we get to know about the universe the more we are beginning to understand how marvelous and wonderful it is. Any God who could create such a thing must be great, powerful and smart indeed!

We also see in the Bible that the God of it seems also involved with the turpitudes of human history. He gets involved with people and asks people to act as real moral and historical agents. He commands things that are ignored. He even seems to attempt things that fail or are problematic. The project of Israel and its failure is in fact an enormous theme of the Old Testament. How are we to think about this with respect to the Omnis?

At the same time the Bible doesn’t seem to be uncertain about glorious outcomes, especially the New Testament. The Bible seems quite certain that God has secured a glorious outcome for his people and that this outcome was in fact secured in history through history. How does that impact the omnis?

There was a Tim Keller sermon on the question “Does God Control Everything” that nicely laid out the double bind for me.

What if determinism is true?

I know people knock Calvinists for being deterministic but there is a strong argument for determinism from materialist physicists. What if everything we know in the universe is simply the working out of the big bang? What if the freedom that we experience and take for granted is simply an illusion? There are a good many persuasive evolutionary psychology books making that argument too. Choice is an illusion.

If this is true however, then nothing matters. There is no reason to get out of bed in the morning, to be kind to your neighbor, to care that children go to bed hungry. Your decisions mean nothing.

What if nothing is determined and everything is by chance and chaos (as other materialists assert) then nothing is certain. Every decision you make is enormously consequential. How dare you chose what street to take, what food to eat, what spouse to marry, to have a child?

There’s a famous case about a particular brain injury that eliminated the emotional experience of its patience.

I also read Descartes’ Error, by the neuroscientist Antonio Damasio. 22 Damasio had noticed an unusual pattern of symptoms in patients who had suffered brain damage to a specific part of the brain— the ventromedial (i.e ., bottom-middle ) prefrontal cortex (abbreviated vmPFC; it’s the region just behind and above the bridge of the nose). Their emotionality dropped nearly to zero. They could look at the most joyous or gruesome photographs and feel nothing. They retained full knowledge of what was right and wrong, and they showed no deficits in IQ. They even scored well on Kohlberg’s tests of moral reasoning. Yet when it came to making decisions in their personal lives and at work, they made foolish decisions or no decisions at all. They alienated their families and their employers, and their lives fell apart.

Damasio’s interpretation was that gut feelings and bodily reactions were necessary to think rationally, and that one job of the vmPFC was to integrate those gut feelings into a person’s conscious deliberations. When you weigh the advantages and disadvantages of murdering your parents … you can’t even do it, because feelings of horror come rushing in through the vmPFC.

But Damasio’s patients could think about anything, with no filtering or coloring from their emotions. With the vmPFC shut down, every option at every moment felt as good as every other. The only way to make a decision was to examine each option, weighing the pros and cons using conscious, verbal reasoning. If you’ve ever shopped for an appliance about which you have few feelings— say, a washing machine— you know how hard it can be once the number of options exceeds six or seven (which is the capacity of our short-term memory). Just imagine what your life would be like if at every moment, in every social situation, picking the right thing to do or say became like picking the best washing machine among ten options, minute after minute, day after day. You’d make foolish decisions too.

I’ve read other accounts of these patients and the study. These people can’t make decisions about what pencil to pick up, what clothing to put on, what to eat for lunch and in the end it makes their lives insane and drives those they love away from them.

We are caught between depression (nothing matters) and Mr. Spock (everything matters) but there can’t be enough information to make a decision because all outcomes can’t be known.

The Bible Wants to Have it Both Ways, And So Do We

Proverbs 16:9 says this: 9A person plans his course, but the Lord directs his steps.

The picture in the Bible is that we are real moral agents whose decisions are consequential both in this age and the next. if this is NOT the case, then nothing matters and I should seek whatever pleasure may consume my string of immediacy and descend into it until my biology ceases. That would be the only rational thing to do.

The Bible also says that God’s work in history determines the great and final outcomes. That in the end the story will conclude the way he wants it to. That is of course a tougher thing for us to believe. How can this be true?

The answer seems to be “is the future open and determined by our choices and decisions?” Yes. “Is God going to make good on his promises to deliver creation from its bondage to decay and lead his children into a future of joyful culture making?” Yes. “How can both be true?” How he’ll get here I don’t know. He asks us to both be faithful with our decisions and to trust.

One of the best illustrations Jesus gives us is that of the parent and child. Parents do things that children hate and don’t understand. Children survive emotionally if their parent is good and wise because of trust. The nurse with the vaccination needle, the dentist’s chair, the unmet plea for constant ice cream, children need to trust parents, and they don’t really have any other choices.

Parents life in a larger world than their children do. They know more, have a longer view of life, make decisions based on different data than children.

Christians have long believed that our position is similar to children when it comes to our relationship with God. We are asked to trust, even when things look bad, or are bad, and the universe is not going according to any of our definitions of good or good for me/us.

Thinking Theodicy As You Read the Bible

Most “solutions” to “why does God allow evil, waste, injustice, etc.?” questions (theodicy) revolve around how we imagine things should go.

In my work through Genesis and Exodus it’s illuminating to ponder what God does and doesn’t do with his power. He promises children to Abraham but makes him wait and then asks him to sacrifice. He promises blessing to Jacob but does so in a way that is beyond Jacob’s ability to bless himself. He frees Israel from Egypt but then (as if God didn’t have a good working map) backs them up to a sea so that they can be trapped by Pharaoh’s army only to do a miracle. He does a miracle then but again and again puts them in a difficult fix to free them again.

We see this kind of behavior as risky. Does God see it that way?

Casinos are all about risk. Every action done within a casino is about risk yet we all agree the house always wins. Maybe this illuminates something about God and us, only in our case “the house” is on our side even when we are lousy gamblers.

Husband, Father of 5, Pastor
View all posts by PaulVK →
This entry was posted in How to become a Christian. Bookmark the permalink.

4 Responses to Does God Take Risks?