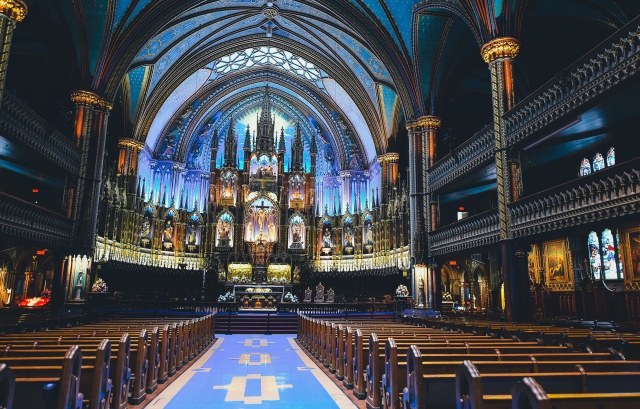 Part of the matrix of our current conflicts is the relationship between equality, law, authority and shalom.

One of the implicit questions we bring to the Bible in this age of changing standards is “can we discern the will of God by watching the decisions of God revealed in Biblical narratives.”

I’ve been writing a lot about Saul and David. One thing that bothers many of us when we read this is the question of fairness. Saul seems pretty much doomed. Samuel seems out to get him. We try to discern the difference between an obviously cursed Saul and an obviously charmed David. God (and Samuel) simply don’t seem to play fair. How do the sacrifice and Agag incidents disqualify Saul but the Ziklag and Uriah incidents not disqualify David?

The best final answer seems to be “that’s God’s business” and we are left to see if we can live with that. “Living with that” is, however, a pretty big deal because it seem to come down a decision on whether we really want to live with God for eternity or whether we would rather shut ourselves up from him and all his benefits forever, in other words hell.

Implicit within our cultural moment are some pretty massive assumptions and presumptions that we’ve got a handle on justice, equality and fairness and we’re ready to judge God or at least the God of the Bible on these things. I think this is also connected to Charles Taylor’s buffered self and how impressed we have become with our power over nature (think Tower of Babel).

When it comes to how we play with the structures around us, like the church, these tensions quickly come into play.

Part of it is timing. These were the major conversations that have been in the perceived progressivist pipeline. All three were carried out with pretty strong voices resisting the change on the basis of assertedly clear Biblical authority. When it comes to conservative resistance and splitting these fights were pretty big deals.

Beneath these three is also a pretty strong controlling equality and authority question that I think usually goes unnoticed. It goes like this.

We change the rules so that “you can no longer exclude someone from ministry on the basis of an identity feature: divorced, remarried, female, gay…” These identity factors are now off the table with respect to an authority action. Individuals in authority cannot exclude a person on the basis of these things just like they wouldn’t exclude a straight, ethnic (Dutch, white, black, what-have-you), single or married male back in the bad old days. Now authorities will get to weigh in on other aspects of the person to decide if they qualify for leadership.

In our culture, however, equality and meritocracy keep grinding onto each other like continental plates making mountains, lakes, fault-lines and valleys. What other aspects ought to be taken off the table when it comes to authority? On what basis do we recognize any distinctions of position, privilege or authority within the church? Is church membership itself exclusionary by virtue of qualification, confession or behavior?

One of the interesting things I noticed from the Nick Wolterstorff All One Body speech was his use of the word “perversion” and his sniff-test standard by which he discerned whether the gay and lesbian couples he knows were moral monsters or not. I think we can assume that Wolterstorff is usually the broadly conventional moral standards of our current cultural moment.

Wolterstorff, in this moment of pushing for church affirmation of monogamous, same sex relationships, keeping the rest of the LGBTQIA…K… alphabet still mostly behind the curtain complicates the matter significantly when he starts using the word “perversion”. I don’t know to the degree he’s aware of K for “Kink” down the alphabet but they would of course have serious issues with the inclusion of a word like “perversion” because they would say “who’s to judge? Who’s to condemn?

It’s also important to notice that Q is very much eating the alphabet towards the left of the letter strong through the “gender identity” conversation. In many ways gender identity and K are threatening to swallow the string of letters because between those two ideas everything else is simply preference, accidents of biology, history or psychology.

This brings us back to the question of authority and the reasons for which gate keeping can happen and cannot.

“Divorced/Remarried” is a function of “stability” if I were to add a fourth common standard implicit on Wolterstorff’s “perversion” matrix. Does the church, or God, have the authority to ask people to remain in relationships against their either settled or momentary wills? Can we, as we pull down the gender binary and take down bathroom signs really talk about “women’s ordination” at all? That’s so 1990s.

Where we have finally arrived is the vision of the ultimate autonomous self. “No one can decide for me. I decide my gender, my tastes, my activities, my everything. No one can speak into my life or judge my choices. If anyone or anything wants to be in partnership with me of any kind they simply must validate all of my decisions about my self constructed self.”

We might pause to note that such an unmoved mover is an ancient standard definition of deity. Such a being sustains itself and is in some respects ultimately alone or at least ultimately singular. The obvious question is whether a human being can actually qualify for such status or in fact pull it off in any non-delusional fashion.

The Question of Final and Mediating Authorities

All over Scripture we find God making rules and then making exceptions. Most of us can understand that world. Rules and exceptions work together well in the kind of full, rich and complex world. In some ways the Calvinist doctrine of election expresses this. It is ultimately God’s choice about how to govern creation and if you don’t like it there is a place to be without him and everyone else that hates him too.

Part of why churches (and governments) got out of the mediating divorce business is both because of its complexity but also because of our issues with authority. Church elders didn’t always do a good job in that thankless and fraught work of wading into specific situations to evaluate and declare degrees of fault. Any one who has been on any side of that whole business knows how awful the whole thing can be. I can see why the church decided it wanted to get out of that business which was so often a no-win situation.

These situations are not limited to questions of divorce and remarriage. Whenever anyone with some authority in a church even within a broader assembly has to make a consequential decision with respect to an individual it is an onerous and weighty task. It is far more comfortable to settle on rules when no persons lives are at stake and then when an incident happens just appeal to the rules and walk away with a fig-leaf excuse of powerlessness before the rules, fairness and equality.

Despite our great desire for avoidance significant human community always requires standards and accountability and despite our Enlightenment tradition of “the consent of the governed” it seems we are reading the limits of non-intervention in any reasonable world.

Human beings are not the kind of self-sufficient creatures our contemporary aspirations imagine we can become. We are overwhelmingly communal and perpetually depending upon one another for the foundations of our identities and our sense of self. We are more than hosts for a string of appetite experiences demanding to be satisfied. We require contexts independent of our choices, wills or appetites and these contexts require ultimate and mediating authorities to give them shape, continuity, identity and permanence.  There can be no other way for creatures that are not, in fact, God.

Husband, Father of 5, Pastor
View all posts by PaulVK →
This entry was posted in Culture commentary, Institutional Church. Bookmark the permalink.